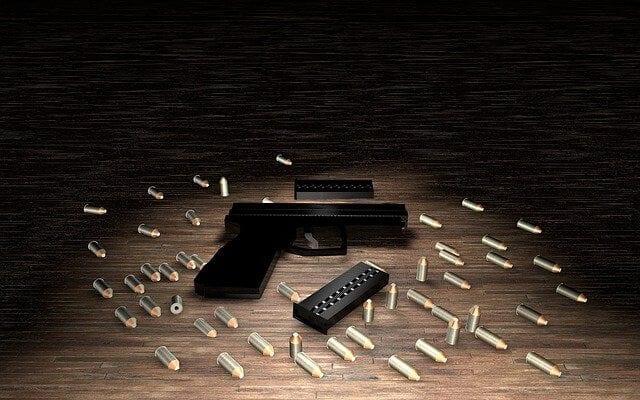 Everything you need to know about Virginia gun charges

Failure to seek an experienced attorney to build your defense could mean life-altering circumstances if the courts convict you.

We’ll examine each of these laws to guide you in your gun charges defense strategy.

Virginia Code Section 18.2-279 outlines the laws surrounding unlawfully discharging a gun. Discharging a gun in a building with people inside in a manner that endangers those people’s lives is unlawful. Additionally, if you maliciously seek to harm those individuals you can be guilty of a Class 4 felony.

If discharging your weapon results in the death of another person, the courts could find you guilty of second-degree murder. Discharging a weapon in a willfully, deliberate or premeditated manner and killing someone is a first-degree murder charge.

School shootings are serious offenses, even if the school is unoccupied at the time of the shooting. The law outlines this saying:

“If any person willfully discharges a firearm within or shoots at any school building whether occupied or not, he is guilty of a Class 4 felony.”

Even if you never discharge a gun, you could face charges for recklessly handling a firearm. If your handling of a gun puts other people’s health or property in danger, you could be charged with a class 1 misdemeanor.

Individuals who are hunting during their reckless handling of a firearm can lose their hunting license for up to five years. Failure to comply with this revocation of your license to hunt could result in a class 1 misdemeanor.

Handling a weapon recklessly and harming another individual could increase those charges to a class 6 felony.

Furthermore, if you leave your firearm in an unsecured location and a child gets ahold of it, you could face serious charges in Virginia. Knowingly allowing a child who is younger than 12 to use your firearm without strict supervision could mean up to 12 months in prison. You might also have to pay a fine of up to $2,500. This law for guns and minors applies even if the child does not discharge the weapon or hurt anyone.

Carrying a gun within a prohibited area

No person shall carry any form of a weapon while on school property. This includes guns, knives and even stun guns. Prohibited weapons are also not legal to carry on a school bus or during any extracurricular activities. Public, private and religious schools are all governed by these laws.

Carrying a gun or any form of a weapon while in a prohibited area, such as a school, could result in a class 6 felony charge.

Carrying a concealed weapon is unlawful in Virginia under section 18.2-308. If you’re caught concealing a weapon, you could face a class 1 misdemeanor and up to 12 months in prison. You could also be ordered to pay up to $2,500 in fines.

Owning a gun even when prohibited

Any individual who has a history being convicted of a felony is prohibited from owning, carrying or otherwise transporting a firearm or ammunition. Violating this law could leave you with class 6 felony charges and two to five years in prison.

Convicted felons are not able to carry a variety of weapons with them. Be sure to discuss this with your criminal defense attorney before purchasing or carrying a weapon.

Virginia residents who are facing gun or weapon charges should contact a Virginia criminal defense attorney. Gore & Kuperman has extensive experience in the commonwealth and will work to protect your rights and build your defense. Contact us for a full case evaluation and consultation.