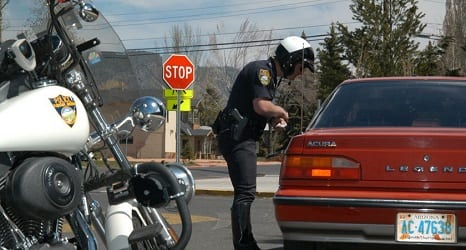 Driving violations that could be criminal

When you get behind the wheel of a car, your intentions are unlikely to be to commit a crime. And yet, law enforcement can pursue criminal charges for some traffic infractions. In those cases, you need a good Virginia criminal defense attorney to protect you.

Failing to stop at a stop sign or red light is one thing but driving without a license or with a suspended license is something completely different. Or, if you evade the police when you’re ordered to do something, you could find yourself in a challenging situation.

In these types of driving infractions, you’ll face more than just fines and points against your license. The consequences can include jail time and a criminal record that can make it difficult to get a job or apply to colleges and universities.

Here’s a look at the various types of driving infractions that could result in a criminal record.

In reckless operation, you show an indifference to others on the road. In these cases, you willfully operate your vehicle in a way that disrespects others. You could be charged with reckless operation if you are driving while under the influence of drugs or alcohol.

Additionally, you could be charged with reckless operation if you are excessively speeding. That’s because it is more difficult for you to react to changes in the driving conditions when going above the posted speed limit. This puts you and other drivers at risk.

Finally, street racing is prohibited because it puts competition before the safety and wellbeing of others. Street racing encourages drivers to exceed the speed limit and drive recklessly.

Driving with a suspended license

If your license is suspended or you have a limited license while you await your hearing, do not violate those laws. You want to read the regulations carefully and know what is expected of you concerning your license. If you don’t follow the rules of your suspension, your suspension could be extended or you could go to jail.

If you’re struggling to understand your license suspension, ask your local law enforcement for more clarity. In cases where you still don’t understand, hire an attorney to help you through the process and ensure you are taking appropriate next steps.

Leaving the scene of an accident

It is your responsibility to stop and check to see if the other driver is alright after an accident. Failure to stop after an accident can leave you with criminal charges. Even if it only looks like a fender bender, you should stop.

You’ll face even worse penalties if you cause physical damage to someone else and fail to stop. Depending on the severity of the other person’s injuries, you could face many years in jail for failing to stop. Even if you are under the influence of drugs or alcohol, you should stop after a car accident.

When you use your car as a weapon, you’ll face severe penalties. These penalties can include manslaughter if you kill the person, even if it is unintentional.

As a driver, it is your responsibility to be attentive at all times and protecting pedestrians and other motorists. Failure to do so could mean you face criminal charges. You should not even act like you are going to hit someone else, whether that be a pedestrian or another car. Always act with care to avoid criminal penalties.

Driving under the influence (DUI)

Driving while under the influence of drugs or alcohol is punishable with jail time, large fines and license suspension. Instead, choose to hire a taxi or rideshare to get home if you have had drugs or alcohol.

If you cause an accident while under the influence, the penalties will be even more severe. There are defenses against a DUI though so if you find yourself facing such charges, find a good Virginia DUI attorney. Gore and Kuperman is experienced with DUIs and will guide you in building a proper defense to avoid jail and fines.

Failure to comply with a police order

If you see lights in your rearview and fail to pull over, you could be charged with failure to comply with a police order. Likewise, if you don’t stop for a routine checkpoint or otherwise evade the police, you could face criminal charges.

If you’re facing driving-related criminal charges, Gore and Kuperman can help. We’re criminal defense attorneys who are relentless in our defense of your case.